WHO WE WORK WITH

Kane leads on major capital campaigns, feasibility studies, organisational and fundraising strategies, and provides hands-on, flexible coaching and interim director support. He has developed and delivered campaigns and implemented organisational change and high-impact evaluation frameworks across the arts and beyond.

As Head of Development at Battersea Arts Centre, Kane completed, over-target and to schedule, the £13 million capital campaign to restore their historic town hall venue, and managed the £1 million Phoenix disaster appeal following a fire to the main auditorium in 2015. Prior to this Kane fundraised for Shakespeare’s Globe and anti-discrimination charity Anne Frank Trust UK. More recently, Kane  led the £24 million campaign for medical research charity, The Scar Free Foundation, which has seen the Foundation’s income triple year on year for the past two years and resulted in the establishment of three new major research centres in the South West, the Midlands and Wales.

Kane is a vocal advocate for the cultural sector. He is Vice Chair of the Institute of Fundraising’s Cultural Sector Network and chairs their annual conference, the largest in Europe for arts and heritage fundraisers. He is also a Trustee of a number of organisations, including new arts venue, Streatham Space Project, and provides pro-bono mentoring to early career fundraisers. 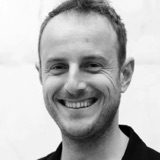